Film Reviews: Venus in Fur, Under the Skin 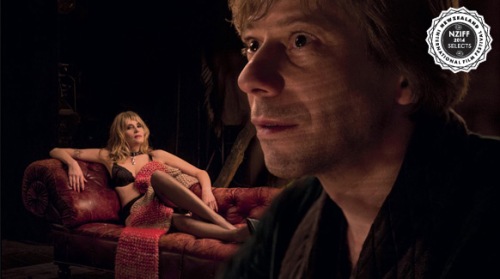 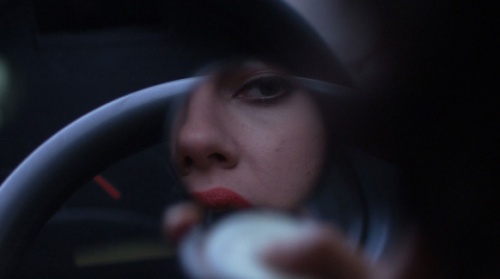 Check out my reviews for Venus in Fur and Under the Skin at the The Lumière Reader. 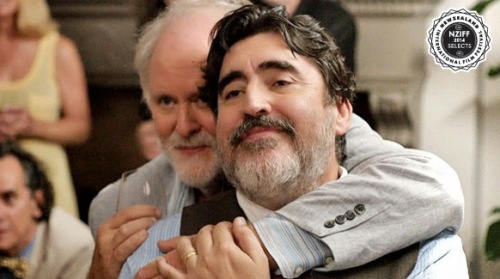 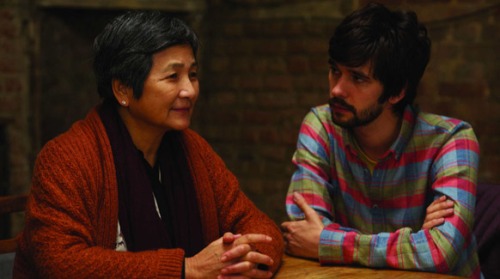 My reviews for Love Is Strange and Lilting can be found here at The Lumière Reader.

ENDINGS
For a man, there is no ending
To his journey home.
Because, it’s like James Baldwin
Said: Perhaps home is not a place but
Simply an irrevocable condition.

He is a lone drifter,
A wandering soul,
A hungry vagabond,
A wing-clipped angel.

Don’t wait for him.
He cannot stand still.
Just watch him run –
A child at heart. 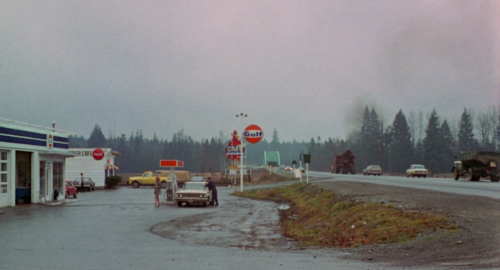 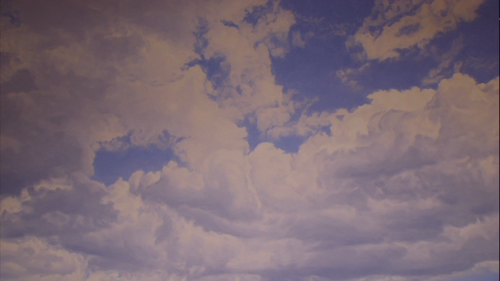 Maybe someday – sometime long after Jodorowsky passes away perhaps – we may see his vision, or, at least a version of his vision, take shape on our screens. Until then, Jodorowsky’s Dune, a documentary by Frank Pavich, is the closest thing.

If you have any interest in film as a purely spiritual medium go see Jodorowsky’s Dune now. He is a true artist, unwilling to compromise his values – which is the very reason Dune was never made. This man put so much into this film, and inspired so many others to do the same. It feels truly like a crime that Dune is unlikely to ever come to life in Jodorowsky’s lifetime. But his work wasn’t all for nothing. We have this story.

CRYING
He is ashamed
For others to
See his stony face
Crumble.

But crumble is
What will be –
Tears of lifelong
Amnesty.

Only figures of
Fatherly stature can
Claim witness to such
Calamity. 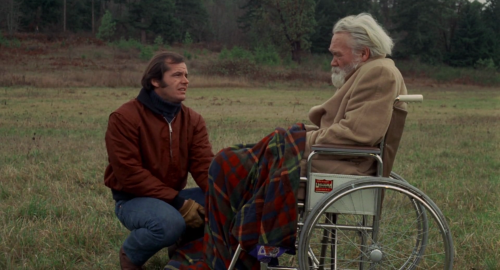 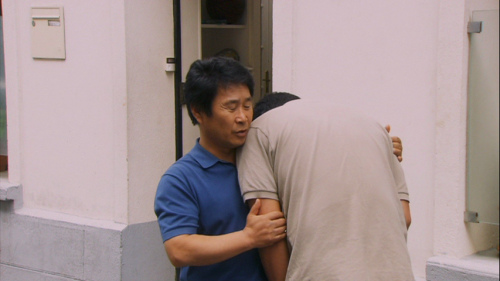 STRENGTH
Man is strong
Like ox or beast.
See him wrestle with defeat.

Much rather would he die
Than lose a fair fight.
See him grin with pride.

Even mere games
Must resemble a war.
See him never lose sight. 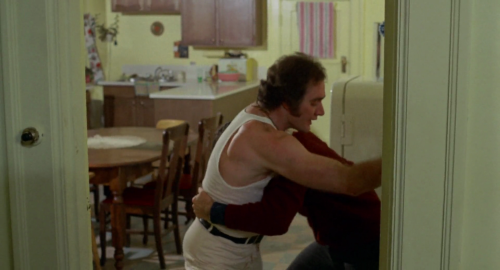 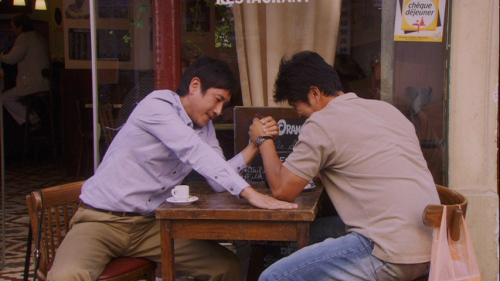 FATHERHOOD
He would rather
Paint pictures or
Play piano than
Raise a child.

He would rather
Stay a child –
Be free of all responsibilities –
Than raise a child.

He would rather
Run freely towards
Far away places
Than raise a child.

He would rather
Avoid the future
Until its all that’s
Left to do. 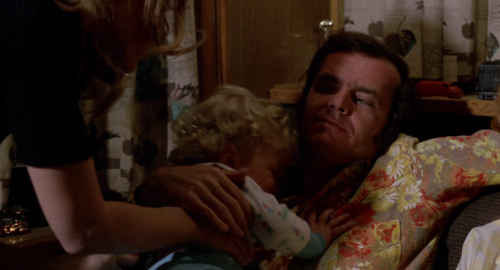 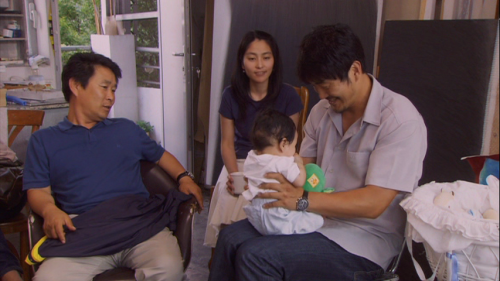 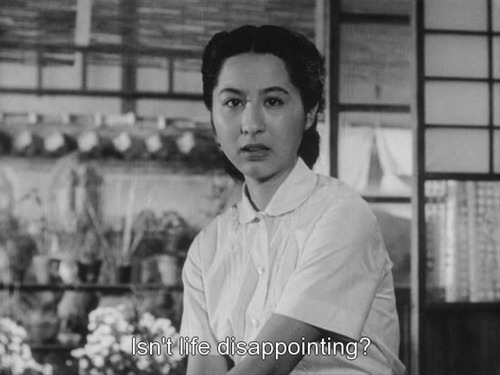 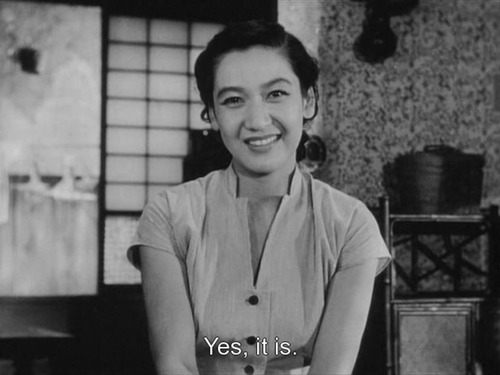 CREATIVITY
No man can resist
The call of creating –
Spreading their seed
On blank canvases.

No man can resist
The sound of accolades
And the praise of seductive
Strangers.

No man can resist
Finding dissatisfaction
In all his work. That is just
How he is. 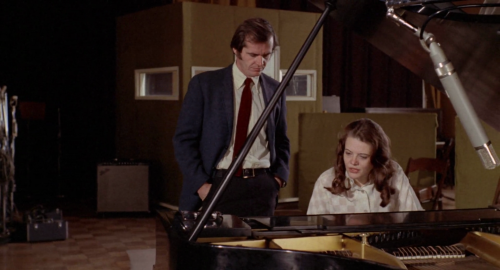 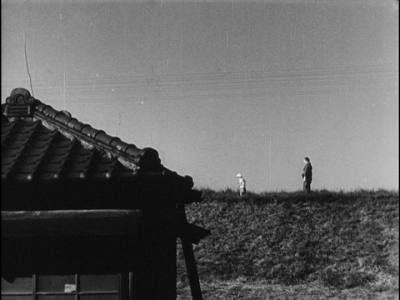 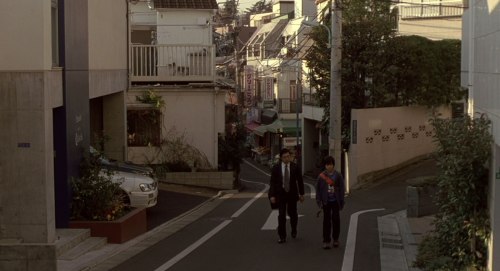 The title itself echoes that of Ozu’s critically acclaimed Tokyo Story. But this is not Ozu’s Tokyo. The Tokyo of Tokyo Sonata is not postwar Japan of the 1950s; it is the Tokyo during the global recession of the late 2000s. Kiyoshi Kurosawa, director of Tokyo Sonata, like Ozu, is concerned with Japan’s nuclear family and the very fabric of Japanese society in times of crisis. Unlike Ozu, Kurosawa is traditionally an auteur of the J-horror variety, dealing with cyber-ghosts and serial-killers. But he manages to construct a fairly meticulous domestic drama and blend it with elements of suspense and dread.

Though Ozu was never overtly socio-political with his messages, he had an understated understanding of the way social conditions created the climate we live in. Kurosawa, however, is directly concerned with these climates and the inevitable chain reaction that occurs when a family member falls victim to its conditions. Specifically, he is interested in the male head of the Japanese family – the father and patriarchal figure – after he loses his job and tries to hide it. What happens to the rest of the household? The dutiful housewife must continue to play her subordinate role; the eldest son is compelled to join the army; and the youngest son finds himself drawn towards piano lessons they can’t afford. Only lies and secrets hold this family together. This modern-day Tokyo that Kurosawa envisions is a place of desolation and repressed emotion. However, he isn’t solely blaming this on the economic climate. The members of the family seem to be very insular even before the father loses his job. The financial crisis that afflicts them is merely the catalyst for a family breakdown. But maybe a necessary breakdown. A cathartic breakdown.

I never had the pleasure of watching Tokyo Sonata at the cinema; It was never released locally here in New Zealand, at least as far as I’m aware of. There is this idea that Japanese cinema is too foreign for Westerners. This idea plagued the international distribution of Ozu’s films when they were first released. And this idea continues to plague Tokyo Sonata which still has not been released on DVD in the Australasian region. But, make no mistake about it, these worlds are not so different from ours.

In Ozu’s Tokyo, the character’s are taught to bear their grins even in the face of crushing disappointment. This is does not seem possible to us; we are not Ozu’s people, though we understand their suffering. In Kurosawa’s Tokyo, his people are crushed by disappointment, but there is the possibility of rebirth and new beginnings. Hope is all we have. And sometimes that’s enough. 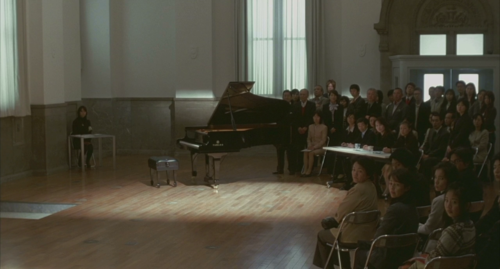