In Praise of Non-Traditional Venues

“If the stage cannot be richer than the text then let it be poorer.” –  Jerzy Grotowski

Last night I had the pleasure of seeing Shakespeare’s Problems directed by Patrick Graham. It contained three abridged problem plays (named as such because they are not easily categorised as comedy or tragedy) from Shakespeare’s canon: Measure for Measure, Timon of Athens and All’s Well That Ends Well.

It was staged at the Lucha Lounge, which can be described as a tiny indie music bar, using the floor as the stage. Not your usual venue for theatre, let alone Shakespeare’s plays. The main bar and backdoor area was crammed full of about two dozen people. It was an incredibly intimate experience if you were comfortable enough to immerse yourself into the narrative. Ay, there’s the rub: comfort. A couple of people ended up spilling over the edge from where they could see the actors or were forced to sit or stand in awkward positions. Being so close yet unable to ease into the show can cause a sort of unintentional distancing effect.

But I have nothing but praise for any theatre company putting something of quality on for what I imagine to be a shoe-string budget. The performances are passionate and filled with clarity, and the excerpts from each play standalone effectively, despite a lot of context being trimmed out. I even found myself ruminating over the possibilities of potential plays for different types of non-traditional venues too, and the ways to optimise such venues.

In Shakespeare’s Problems, the scene that achieved a unique closeness and intimacy was the dialogue between Parolles and Helena from All’s Well That Ends Well regarding virginity. This was doubly due to the fact I had one of the best seats in the house for that particular moment, as the actors sat in a tiny corner out the back of the bar. This goes to show that a key element in non-traditional venues should be: blocking and comfortable seating. These are obvious and crucial elements in theatre normally, but in this scenario they are almost as important as the performance itself in creating an air of intimacy. 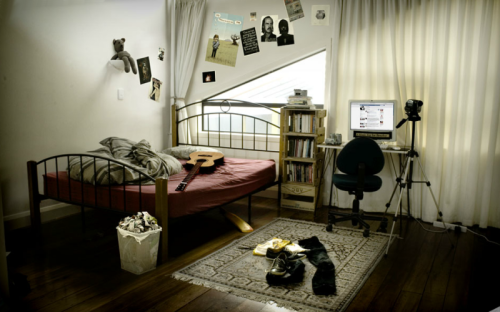 Another notable example of non-traditional venue use in New Zealand theatre is Eli Kent’s The Intricate Art of Actually Caring, originally staged in the confines of his bedroom. The basis of the story revolves around a road trip between two twentysomething mates. Simple enough stuff, but the ingenuity of turning one’s bedroom into this private world where we, the audience of no more than a dozen or so people, are gifted with the privilege to enter, is such a beautiful and moving conceit. The room becomes the vehicle of not only the road trip, but the vehicle to express themselves privately too. I never had the opportunity to see this show, but I have read the script and its reputation as great fringe theatre precedes itself. 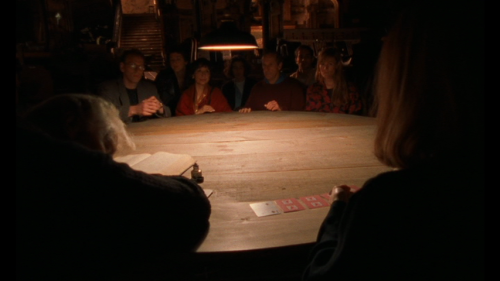 The most famous international example of a non-traditional venue is Chekhov’s Uncle Vanya directed by Andre Gregory. The basic idea was to gather a small group of actors together and rehearse Uncle Vanya for no one but themselves in a run-down, abandoned theatre (without a proper stage). Eventually they decided to invite a few close friends and family to see it. Then they started inviting strangers from the street. And, finally, they invited filmmaker Louis Malle to capture it forever on film (Vanya on 42nd Street). These days it is considered the definitive production of Uncle Vanya (if such thing can exist) by many people, superior to those stiff, dry, almost academic BBC iterations. One could say the show had more in common with a sweet kiss than some broadway spectacle. Should that not be the goal of great theatre?